The history of Poggelow Castle

The small castle Poggelow was built around 1848 according to the plans of architect Friedrich Hintzig, a well-known pupil of the now world-famous construction master Schinkel. Friedrich Hintzig also designed other castles in the Tudor-Gothic style, which could only be partially restored in Mecklenburg-Vorpommern.

Other architectural monuments that were built in the Tudor style at that time are for example the Schloss Babelsberg, but also the Bäderarchitektur in Heiligendamm> is influenced by this style.

At that time, Germany was pushing for national unity. After the Prussian reforms, a new elite formed not only in the aspiring bourgeoisie, but also in the ranks of the nobility, striving for national unity, but also against the ponginess of provincialism and small statehood. It was during this period that true pearls of national culture were created, which still need to be preserved, restored and protected today. For reasons of cultural and historical interest, Hellberg-Domizil has specialised in such monumental holiday objects of history.

This period left its mark on literature, art and architecture. Schloss Poggelow, with its elements inspired by the English style, demonstrated this time of change.

The Bassewitz family at the Russian and Swedish courts

From 1848 to 1891 the castle remained in the possession of the famous family Bassewitz. The Bassewitz family already belonged to the most famous sexes of Mecklenburg at those times. Already very early up to the time of the Hanseatic League the Bassewitz family developed strong relations to Sweden and entered partly into Swedish services.

Also to the Court of the Russian Tsars early and intensive relationships were established. Several times Henning-Friedrich von Bassewitz stayed at the court of St. Petersburg with Peter the Great. The development of trade with Sweden, Denmark, the rest of the Baltic region and England contributed significantly to the flourishing of North German towns and districts. At Schloss Poggelow you will experience history up close and contribute effectively and sustainably to the preservation of such feudal estates. 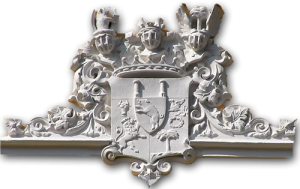 The Legend of the Knight Bassewitz

According to legend, the knight Bassewitz drew 1411 against the city Kyritz in the war. He wanted to conquer the city with a whole crowd of warriors. Below the city wall he had a ditch dug to get into the city. But the inhabitants of the town noticed this trick and killed the knight when he came to the surface. In the 19th century this story even became a play “Kurt v. Bassewitz or the rescued Kyritz”. In Kyritz one celebrates still today the annual “Bassewitz-Fest”. If you are in the castle at this time, a visit is definitely worthwhile!

In Poggelow Castle there is still today a replica of the knight’s armor of Kurt v. Bassewitz and the battle axe with which the knight was killed. Hellberg-Domizil attaches great importance to the historical furnishing of the castles in a modern and cosy mix. Experience the history of Poggelow Castle up close and become one with this architectural masterpiece.

The coat of arms of Poggelow Castle

“The best joke in Mecklenburg,
The Bassewitz shall apply,
For he helped his princes through,
When enemies surrounded him.
Also in his silver shield shall
Hinford a boar jump,
And glory shall such a coat of arms shield
Still bring with the grandchildren!”

Surroundings of the castle 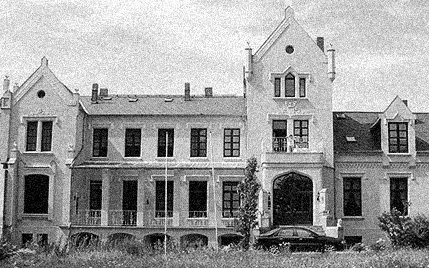 History of the castle